Ruth’s Blog: Cursive Handwriting in Reception – or not? 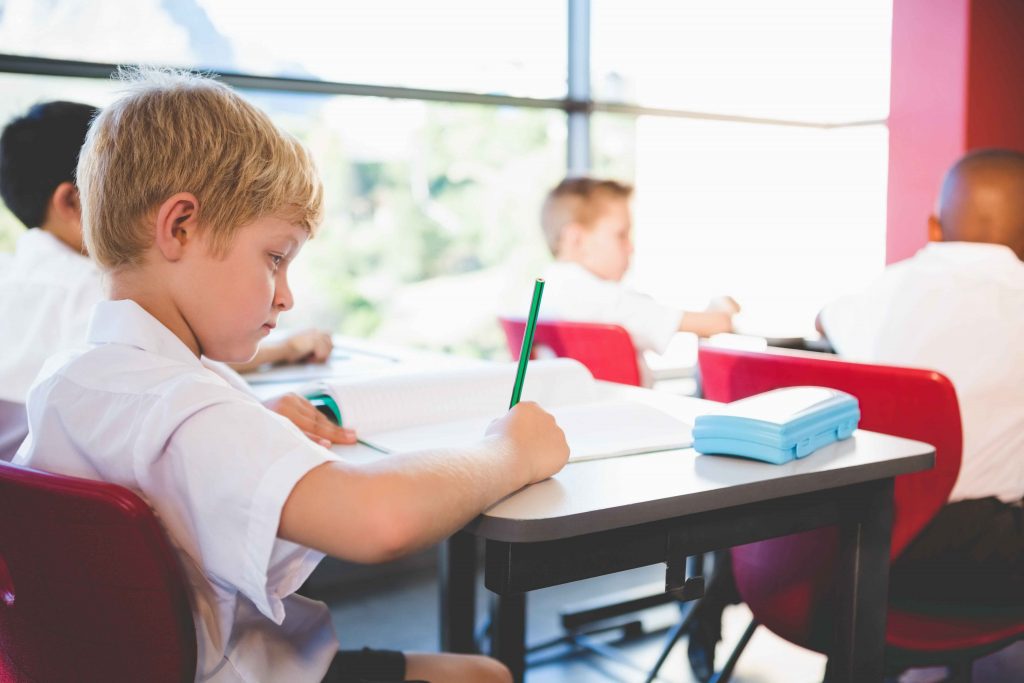 What is cursive handwriting?

‘Cursive’ or ‘joined-up’ handwriting is any style of writing where letters are joined to make writing faster.

Formal cursive joins all letters with strokes leading to and from each letter. Children are usually taught to join letters from the beginning.

Casual cursive is a combination of joins and pen lifts. Children are taught individual letters with correct formation, orientation and the correct size relative to one another before learning to join letters.

Capital letters are not joined in either formal or casual cursive scripts.

“In Year 1 pupils should be taught to:

Why have Reception children been taught cursive handwriting?

Why is it important to enjoy handwriting?

What do we want children to pay attention to?

It takes effort to learn anything new and human beings –whatever their age – can only pay attention to one new thing at a time.

Learning to write involves a series of complex processes: thinking about what we want to say and how we want to say it; spelling (and English spelling is the hardest in the world); forming and joining letters correctly to transfer those ideas to the page.

We need, therefore, to prioritise what we want our children to pay attention to at each stage of learning to write. Each process needs to be planned step-by-step so children can focus upon one new thing at a time. New knowledge should then be practised alongside previously learnt knowledge, gradually applying handwriting skills and spelling knowledge to write down their thoughts on the page.

Why should we not teach children a formal cursive from the very beginning?

1. Children learning formal cursive might believe that being a good writer is synonymous with joining letters successfully.

2. Formal cursive takes longer to learn than printing: time that should be spent in learning to read and spell.

4.  Beginner writers often need to stop to think about each letter-sound correspondence as they write. Children learning formal cursive, however, might think they are expected to write the word in one continuous flow.

5. Children find it hard to read what they have written. Words are buried in a spider web of strokes. Many children add the joins once they have written the word making their writing even more illegible.

6. Joining letters is a separate skill, quite apart from learning how to form letters well. It can be delayed until later, leaving younger children free to concentrate on composition, spelling and correct letter formation. Some children, however, may well discover joins for themselves, if teaching has focused on correct formation and orientation from the beginning. For example, joining an ‘i’ to an ‘n’ with a diagonal join (as in ‘in’) or an ‘o’ to an ‘n’ with a horizontal join (as in ‘on’) are simple, natural joins that children might well use as a matter of course as they learn to write these common words. This should not be discouraged.

This quotation, below, by Hugo Kerr (author of ‘The Cognitive Psychology of Literacy Teaching’) makes the above points very well.

“All the [children] I see are at basic level and all religiously join up their letters, at great cost in my view. The cognitive effort involved in joining up is obviously large and also obviously reduces capacity to think…adding a large and difficult cognitive task, like cursive writing, to an already rather difficult task in a highly competitive environment is a costly affair, especially for the weaker students.

“It seems to me very clear that [children’s] writing behaviours show them struggling very considerably with joining up their letters per se. A great deal of their sometimes limited capacity for concentration seems to be directed at that fiddly, effortful and (to me) rather unnatural motor aspect of spelling… Bear in mind these are the weaker readers, so they are wide open to demotivation, not to say humiliation, faced with these complicated squiggles, so ridiculous when considered in detail.

“It seems to me self-evident that if cognitive capacity is so ferociously engaged in one domain, there will be correspondingly less of it available for the other domains we are actually interested in. This seems to me to be indisputable.

“If any of this is true, then it may be that we are fetishising joined up writing, or at least perhaps insisting upon it way too early? I find ‘joining up’ cumbersome and threatening (it looks a mess when I’m done; it feels clumsy and I feel stupid).

“What evidence is there that teaching joined-up writing early is necessary or useful? Would we know what it was aimed at?”

Children are taught step-by-step to:

1. Associate a sound with the shapes of the alphabet letters and, later, pairs of letters using the same picture mnemonics that have been used to teach them to read.

2. Sit in a comfortable handwriting position and hold a pencil in a tripod grip.

3. Form lower-case letters in the correct direction, starting and finishing in the right place. (Mnemonic phrases are used to mirror lower case printing.)

4. Form lower-case letters of the correct size – relative to one another and to the size of the spaces between the words.

5. Develop a style that adds an outgoing stroke to letters.

6. Join letters using the two basic joins – diagonal and horizontal – as required by the National Curriculum programmes of study.

Previous
Next
We use cookies on our website to give you the most relevant experience by remembering your preferences and repeat visits. By clicking “Accept All”, you consent to the use of ALL the cookies. However, you may visit "Cookie Settings" to provide a controlled consent.
Cookie SettingsAccept All
Manage consent

This website uses cookies to improve your experience while you navigate through the website. Out of these, the cookies that are categorized as necessary are stored on your browser as they are essential for the working of basic functionalities of the website. We also use third-party cookies that help us analyze and understand how you use this website. These cookies will be stored in your browser only with your consent. You also have the option to opt-out of these cookies. But opting out of some of these cookies may affect your browsing experience.
Necessary Always Enabled
Necessary cookies are absolutely essential for the website to function properly. These cookies ensure basic functionalities and security features of the website, anonymously.
Functional
Functional cookies help to perform certain functionalities like sharing the content of the website on social media platforms, collect feedbacks, and other third-party features.
Performance
Performance cookies are used to understand and analyze the key performance indexes of the website which helps in delivering a better user experience for the visitors.
Analytics
Analytical cookies are used to understand how visitors interact with the website. These cookies help provide information on metrics the number of visitors, bounce rate, traffic source, etc.
Advertisement
Advertisement cookies are used to provide visitors with relevant ads and marketing campaigns. These cookies track visitors across websites and collect information to provide customized ads.
Others
Other uncategorized cookies are those that are being analyzed and have not been classified into a category as yet.
SAVE & ACCEPT